The Equipe Catalyse Moléculaire is made up of 15 permanent members (1 Emeritus professor, 9 teacher-researchers, 4 researchers and 1 ITA), postdoctoral fellows, doctoral students and students (M2, L3, L2 ...). Our research is organized around 4 themes: Homogeneous and heterogeneous asymmetric catalysis (animation E. Schulz), ionic liquids and catalysis (G. Vo-Thanh and team direction), catalytic polycyclizations (V. Gandon), homogenous organometallic catalysis (J. Hannedouche). The objectives of the Molecular Catalysis team concern the development of new chemical reactions for the synthesis of chiral organic molecules (enantioenriched), with potential biological properties, by selective catalytic processes. The chiral catalysts targeted are essentially metal complexes, but also organic catalysts. Particular attention is paid to the design of new methods for the recovery and recycling of catalysts and the use of ionic liquids, new media (chiral or achiral) for synthesis and catalysis in the context of a chemistry aimed at meeting the current requirements of atom economy and sustainable development. To achieve these objectives, we are interested in the understanding of reaction mechanisms, particularly through kinetic studies, characterizations of intermediates, or molecular modeling. This research is conducted not only according to the aforementioned thematic organization, but also supplemented by interactions between the different members of the groups, in a matrix arrangement that allows an optimal alliance of different know-how. 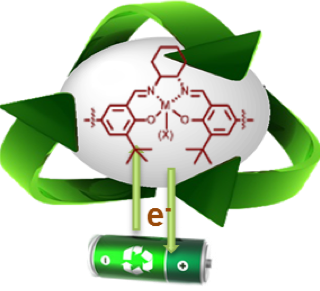 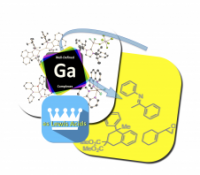 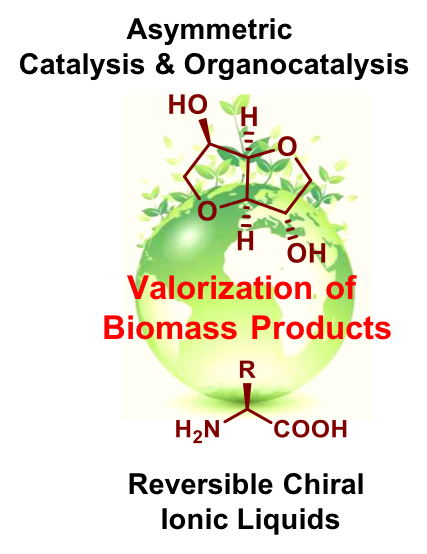 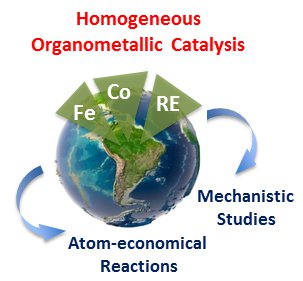