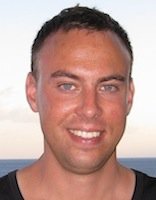 Loïc Assaud studied Materials Science at the University of Aix-Marseille, France, and graduated with a Master degree in Advanced Materials for Nanosciences and Energy in 2010. He then carried out a PhD thesis (2010-2013) at the Centre Interdisciplinaire de Nanoscience de Marseille, France, in close collaboration with the Center for Catalysis Research and Innovation of the University of Ottawa, Canada, where he spent several weeks in 2012. He then joined the department of Inorganic Chemistry of the University of Erlangen-Nuremberg, Germany, in 2014 as a postdoctoral fellow. In 2015, he moved back to France as a postdoctoral researcher at the Laboratoire de Génie Chimique and Laboratoire d’Analyse et d’Architecture des Systèmes at the National Polytechnical Institute of Toulouse. Dr. Loïc Assaud started as an Associate Professor of Chemistry at the University of Paris-Saclay, France, in the group of Research and Innovation in Electrochemistry for Energy (ERIEE), Institut de Chimie Moléculaire et des Matériaux d’Orsay, on September 2015. He obtained the Habilitation to Supervise Research of the University Paris-Saclay in 2020.

My current research focuses on the functionalization of catalytic surfaces for (photo)-electrochemical energy conversion and the development and characterization of electrodes for batteries and their modeling.